Is Waste Management Stock a Buy?

Height of fashion? Mountains of clothing build up when recycling breaks down

In this episode of Authors’ Corner, Ethan sits down with AIER Senior Fellow Don Boudreaux, who is also a board member of the Mercatus Center, professor of economics at George Mason University and past president of the Foundation for Economic Education. His research specialties include globalization and commerce, law and economics, and antitrust. He also runs the blog Hayek Cafe alongside a number of other roles. The theme of this episode was free trade and contemporary challenges.

To begin the interview, Don takes us through the history of trade as an economic phenomenon and how the idea of ​​almost unfettered free trade was a recent development. The world has never been so interconnected and companies have always been fundamentally skeptical of open trade. There are a variety of reasons for this, some of them are reappearing. These include a misunderstanding of how trade works, protectionist interests and mistrust of foreign entities.

The first big truth about trade is that countries don’t trade, people trade. While it can be easy to portray commerce as a video game; country X decides to exchange resource A for resource B with country Y, which is not only an inaccurate representation, but it is actually a dangerous way to understand trade. Trading is more like buying something online; it is an interaction between a buyer and a seller who are simply in different countries. Individual consumers and businesses make countless purchases according to their individual needs, much like they would in a domestic market. 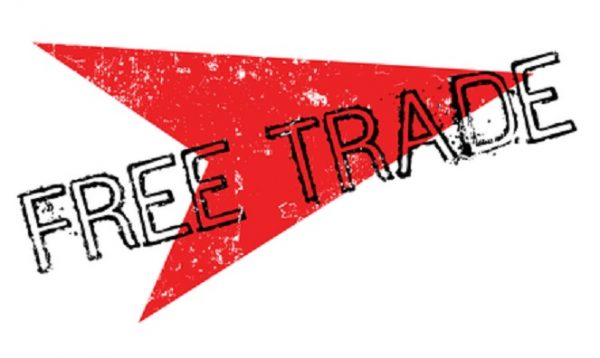 Free trade would essentially be this process unhindered by quotas and protectionist tariffs. By opening countries up to trade, it is essentially an expansion of their domestic market, as more products and services can enter. As a result, consumers can access more diverse products, suppliers face increased competition and inspiration, and the economy thus becomes more dynamic. This is why Don takes issue with the constant concern of trade deficits, which, he explains, is not just a non-issue, as it simply means that we import more than export, but deficits usually signal investments in the hope of future purchases.

Countries with trade surpluses, like China for example, also specialize in making cheaper products, which is not so exciting for the Chinese who have to work these jobs, but very useful for Americans who import. these products. It goes without saying that it is also good for the Chinese when we buy these products; it’s a win-win situation.

Another contemporary problem tackled by Don was the idea of repatriate supply chains, which has been a common topic of discussion for those peddling soft protectionism. While many free market proponents would outright reject tariffs or industrial policy, many seem to have a soft spot for bringing “critical supply chains” back to the United States. It could be anything from energy, which the Trump administration proudly touted as our domestic production of fossil fuels, or anything that could be considered a “national security issue.” Repatriation of supply chains is neither good nor bad in and of itself, as long as it happens naturally. However, many politicians who make this argument believe that the government should take steps to arbitrarily favor the repatriation of production. This would forgo many of the comparative advantages brought about by producing goods elsewhere and would likely create inefficiency in the use of resources. In addition, politicians are likely to abuse the label of “national security” to divert resources to their preferred constituencies rather than build capacity to produce critical resources.

Don and Ethan saved the tough questions for last as they ended up discussing contemporary China trade issues. While all economically sound minds might agree that the trade war was a bad idea, Ethan pushed Don on more controversial issues such as forced transfers of intellectual property and allegations of forced labor in Xinjiang.

On this issue of slave labor, Don first made it clear that we need to be very careful before using such claims to justify tough political decisions. Is this really slave labor or is it more akin to the poor working conditions common in the developing world? The US government does not have the best record of honesty when it comes to accusing its geopolitical targets of misconduct. If this is the latter case, then we have to understand that not all countries can magically have the same working conditions as us in the United States, and these jobs are likely to be the best thing available. If it is slave labor then it should be exposed to the world and consumers should be informed. Ultimately, it is China’s loss for resorting to slavery, which aside from being a moral failure, is nowhere near as productive as voluntary labor.

The issue of forced transfers of intellectual property is also a complicated one. On the one hand, Western companies voluntarily choose to cede intellectual property in order to do business in China, and attempting to copy the designs of successful companies is a universal practice. Another problem is that the numbers on this issue are inconsistent. Trump’s White House, for example, has claimed that intellectual property theft is far more damaging than has been found by independent studies. In addition, China’s behavior will likely come back to haunt them, as companies themselves will be reluctant to invest in China in the face of growing opportunities elsewhere. All of this raises the question of whether retaliatory trade measures would be appropriate or productive.

Ultimately, free trade is a principled commitment that not only enables a system of mutual benefit, but is also a path to a more open and prosperous world.

Ethan Yang is an associate researcher at AIER as well as the host of the AIER Authors Corner podcast.

He holds a bachelor’s degree in political science with a concentration in international relations with minors in legal studies and formal organizations from Trinity College in Hartford Connecticut. He is currently pursuing a JD at the Antonin Scalia School of Law at George Mason University.

Ethan is also director of the Mark Twain Center for the Study of Human Freedom at Trinity College and is also involved with Students for Liberty. He has also held research positions at the Cato Institute, the Connecticut State Senate, the Cause of Action Institute, and other organizations.

MTN and Airtel as Payment Services Banks: Should Commercial Banks be Worried?

The American Filet-O-Fish supply chain crosses Canada. It can change.

The United States should apologize to the civilized world for allowing such a UN on American soil where Russia, China, India and the United Arab Emirates could vote THE WAY, over Ukraine. By Hem Raj Jain

“We expect loan disbursements to triple by the end of this year.”