Bank of India to launch digital lending platform in Q2FY23

The Chinese Debt Trap – A Geo-Strategy

Notice: Happy Festivus (for the rest of us)!

• He is currently in São Tomé to attend the investiture of the elected president, Carlos Vila Nova

Ghana’s Dassault Falcon 900 EXE is currently in use by the President of Guinea-Bissau, General Umaro El Mokhtar Sissoco Embaló, who is currently attending the inauguration ceremony of the President-elect of São Tomé, Carlos Vila Nova.

In images seen by GhanaWeb on President Embaló’s verified Facebook page, the president bids farewell to his officials as he boards the Falcon 900 EXE to travel to São Tomé and Príncipe for the inauguration today.

“His Excellency the President of the Republic, Army General Umaro Mokhtar Sissoco is on his way to Sao Tome where he will participate tomorrow Saturday in the swearing-in ceremony of the elected president of this Portuguese-speaking country, Carlos Vila Nova,” the post Facebook read.

In another series of photographs, General Umaro El Mokhtar Sissoco Embaló, is seen disembarking from the Falcon 900 EXE with the caption: “the President of the Republic has arrived safe and sound in São Tomé and Príncipe for the ceremony inauguration of President-elect Carlos Vila. Nova.”

Upon his arrival at São Tomé International Airport, he was greeted by Edite Ten Jua, Minister of Foreign Affairs of São Tomé.

An article with photos of the Falcon 900 EXE behind Embaló said:

“His Excellency the President of the Army of the Republic, General Umaro Mokhtar Sissoco, arrived in São Tomé at the beginning of the afternoon to attend the inauguration ceremony of President-elect Carlos Vila Nova.

“Upon his arrival at São Tomé International Airport, the Head of State was greeted by the Minister of Foreign Affairs of São Tomé and Príncipe, Edite Ten Jua. 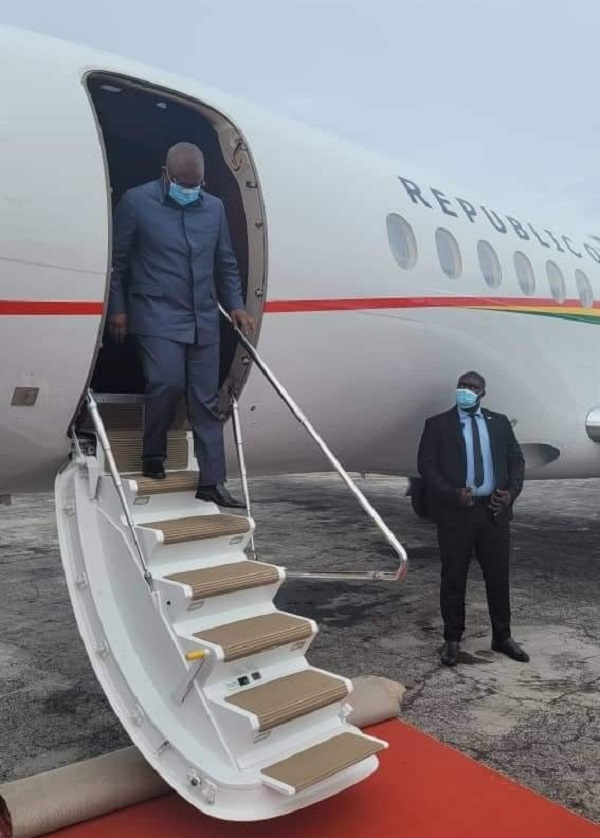 This is not the first time that another West African president has used Ghana’s presidential jet.

It was used by Liberian President George Manneh Weah to and from Ghana for an emergency ECOWAS summit in Ghana on September 15, 2021.

The jet that the Ghanaian president uses to travel to international conferences has become a topic of discussion in recent times.

The MP had said he would demand answers from the foreign minister when parliament reconvenes, on why the Liberian president was allowed to use the presidential jet.

The MP said in an interview with Citi News that the ministry should explain not only why the African leader was offered the plane, but also whether it would place a “double financial burden” on Ghana following the use by Akufo-Addo of another jet for his travels. 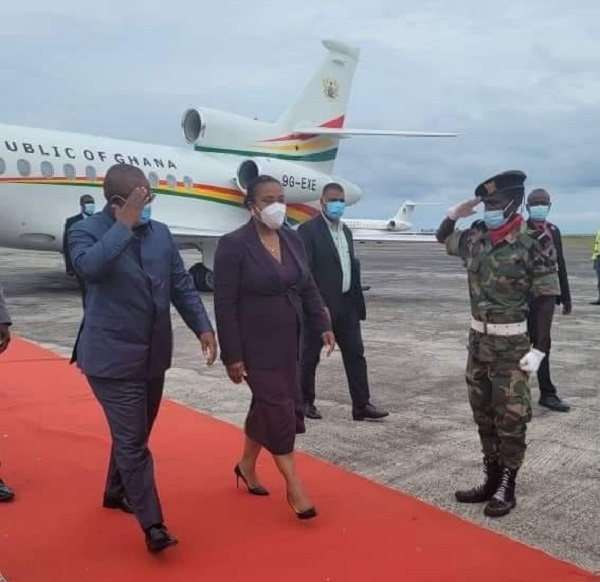 The Foreign Ministry, responding to the member’s comment, called him unhappy because it is normal for countries to lend their planes to other heads of state.

The ministry explained in a press release that within the framework of bilateral and multilateral diplomatic relations, various friendly states help each other in different forms.

“The government does not seek to waste state resources without reason, but focuses on pursuing a pragmatic foreign policy that promotes regional integration and good neighborliness in a climate of peace and stability. This ultimately benefits Ghana and West Africa as a whole, ”some parts of the statement read.

The statement further stated: “At a time when Ghana’s leaders and citizens are championing a renewal of Pan-Africanism across the continent and the Diaspora (with the take-off of free trade under the AfCFTA ), the Hon. The island posture of Okudzeto Ablakwa surprises the ministry.

“In light of the hard and concerted efforts of the leaders of ECOWAS to negotiate peace in the region, the department finds it rather regrettable that the Hon. Okudzeto Ablakwa is said to be deliberately trying to muddy the waters with these negative comments.

The French-built Dassault Falcon 900 EX-Easy aircraft was acquired during the era of President John Agyekum Kufuor in 2007, but was delivered for use in 2010. 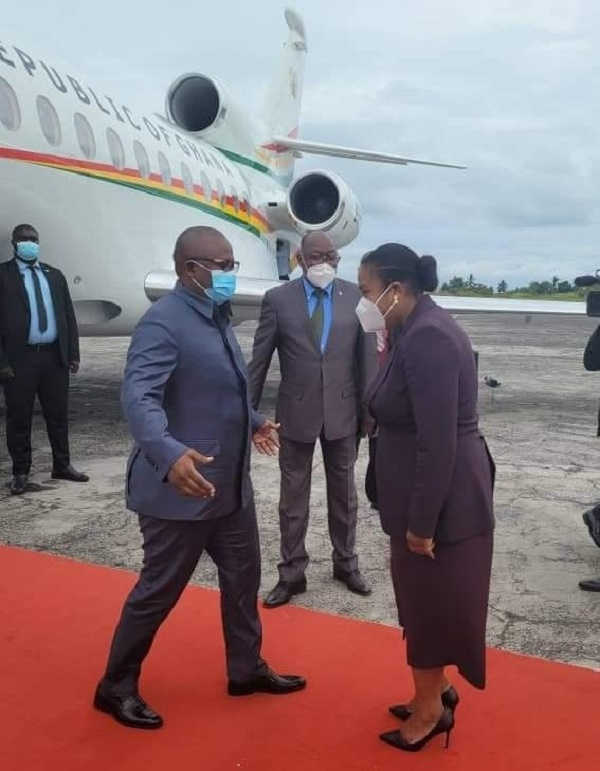 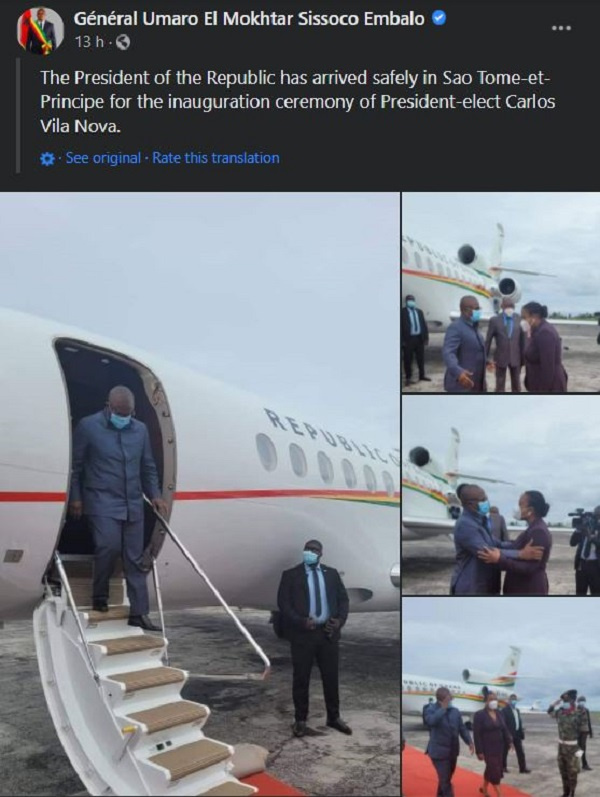 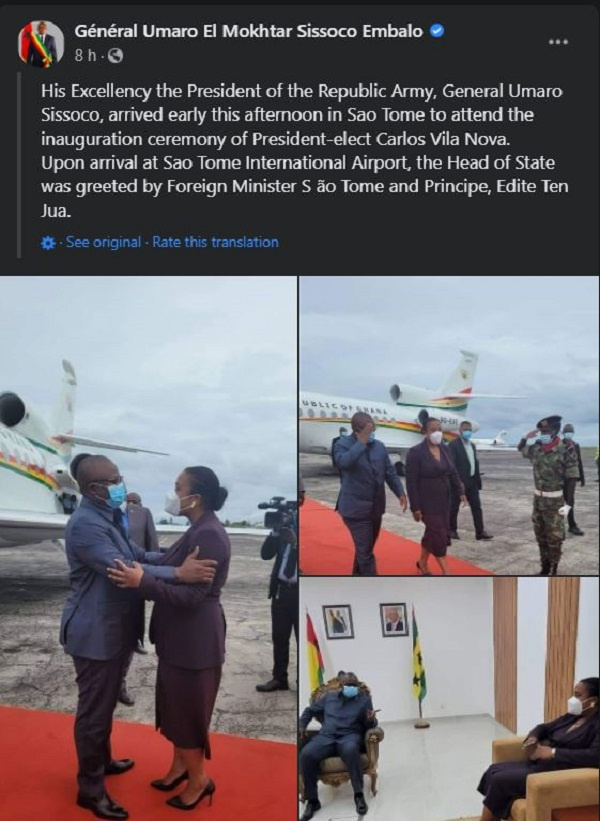 Next The price of gold drops in September. Should you buy before the end of the year holidays?

Memoirs for Thursday | The Spokesperson’s Review