20-30% increase in commodity prices in Egypt due to global peaks: GOEIC

14 words to take out of your VC pitch deck

“We support the SADC RISDP”

Populist schemes ahead of the presidential election: DONG-A ILBO

The United States insists it is a Pacific nation and recently unveiled a series of new strategies to better engage with other nations in the region.

United States Secretary of State Antony Blinken is the first Secretary of State to visit Fiji in nearly 37 years. During his historic visit on February 12, Secretary Blinken announced that the United States was pursuing deeper plans for engagement with Pacific nations. A key element and motivation for these plans is the strengthening of the American presence to match China’s growing influence in the Pacific.

In his engagement strategy, he said China has combined its economic, diplomatic, military and technological might to pursue “a sphere of influence in the Indo-Pacific and seeks to become the most influential power in the world.” .

During an eight-hour visit to Fiji, returning from a Quadrilateral Security Dialogue (QUAD) meeting in Australia, Secretary Blinken announced funding for climate change, military exchange initiatives et al. and plans for a new embassy in the Solomon Islands, among other foreign diplomacy engagements. 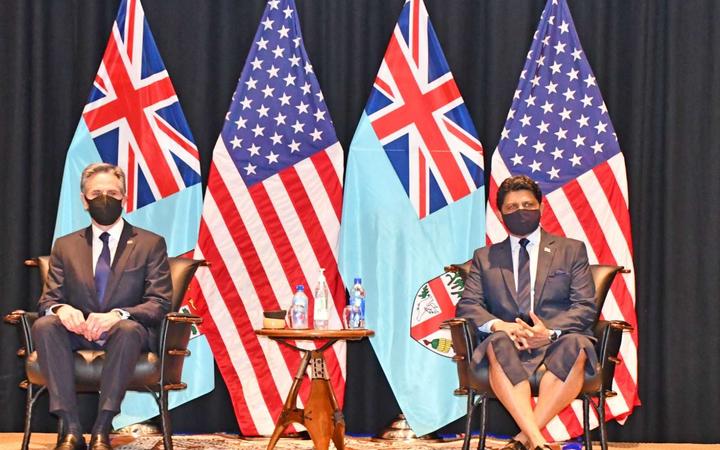 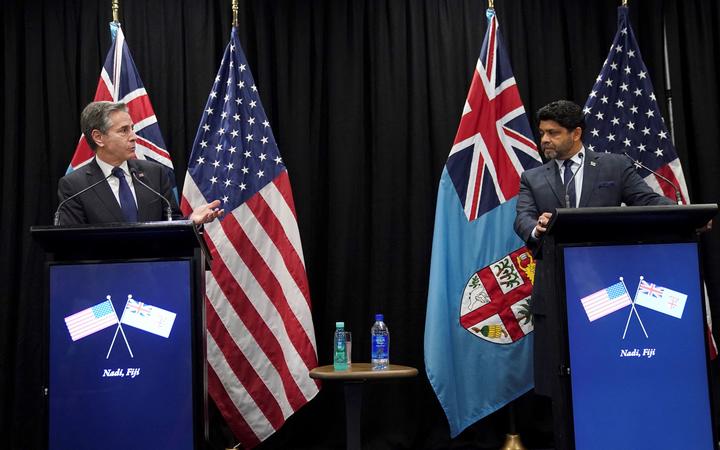 In Fiji, Secretary Blinken met with Acting Prime Minister Aiyaz Sayed-Khaiyum and 18 Pacific Island leaders during which he announced the U.S. government’s newest Indo-Pacific Engagement Strategy calling the region “vital for our own prosperity, our own progress”.

Secretary Blinken said the new strategy was the result of a year of intensive engagement in the Asia-Pacific region and would reflect the United States’ determination to strengthen its long-term position in the region:

“We will focus on all corners of the region, from Northeast Asia and Southeast Asia to South Asia and Oceania, including the Pacific Islands. We we do so at a time when many of our allies and partners, including in Europe, are increasingly turning their own attention to the region; and when there is broad bipartisan agreement in the US Congress that the United States must too.”

This American refocusing is a direct response to China’s growing influence in the Pacific. 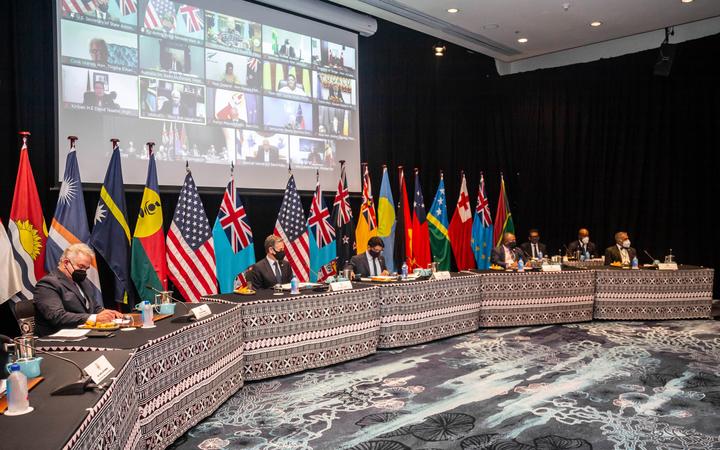 Since 2006, Chinese trade and foreign aid to the Pacific have increased significantly. Beijing is now the region’s third largest donor. Although Chinese aid still represented only 8% of all foreign aid between 2011 and 2017 (according to The Lowy Institute), many Pacific island governments have favored concessional loans from China, to finance major developments in the world. infrastructure.

In the Solomon Islands, where Secretary Blinken announced the opening of the newest US Embassy, ​​almost half of all bilateral trade is with China.

“PRC coercion and aggression span the globe, but are most acute in the Indo-Pacific. From Australia’s economic coercion to conflict along the Line of Actual Control with India, through the mounting pressure on Taiwan and the intimidation of neighbors in the East and South China Seas, our allies and partners in the region are bearing much of the cost of the PRC’s damaging behavior. violation of human rights and international law, including freedom of navigation, and other principles that have brought stability and prosperity to the Indo-Pacific.”

Asked by reporters about U.S. intentions for “authentic engagement that meets the real needs of islanders,” Secretary Blinken replied that the United States views the Pacific as the region of the future and that its intentions are beyond simple security concerns. 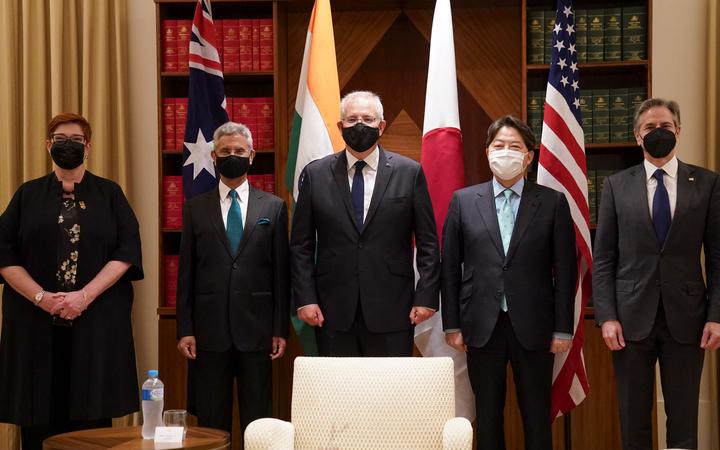 “It’s much more fundamental than that. When we look at this region that we share, we see it as the region of the future, vital for our own prosperity, our own progress. Sixty percent of the world’s GDP is here, 50 percent of the world’s population is here. For all the challenges we have, right now that we’re working on together, it’s also a source of tremendous opportunities.

Secretary Blinken insisted that Washington’s new strategy was to use democracy and transparency to build “a free and open Indo-Pacific committed to a” rules-based order.

Turning to the economy, the secretary of state said the United States intends to forge partnerships and alliances in the region, which will include more work with ASEAN, APEC and the Forum. of the Pacific Islands. Although headquartered in Fiji, the Forum was not invited to be part of Secretary Blinken’s visit.

“It’s about connecting our countries, deepening and linking different partnerships and alliances. It’s about building shared prosperity, with new approaches to economic integration, some of which we talked about today with high standards.”

Washington’s new strategy for engagement in the Indo-Pacific also includes commitments to develop new approaches to trade, which meet high labor and environmental standards, as well as to create more resilient and secure supply chains. which are “diverse, open and predictable”. 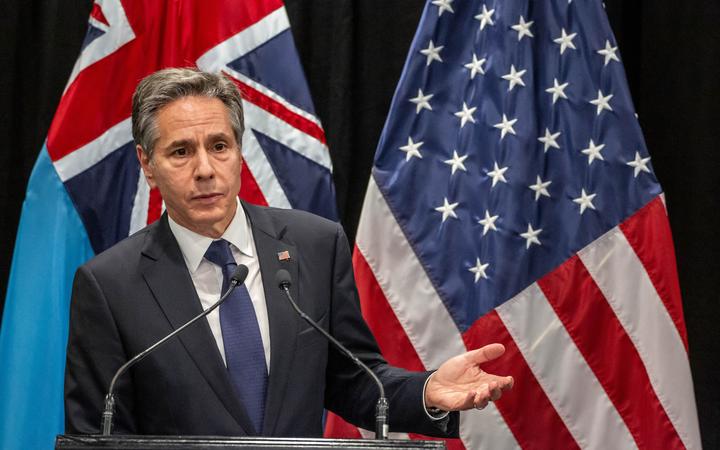 On climate change, Secretary Blinken announced plans to divert a substantial portion of the US$150 billion announced at COP26 last year to the Pacific and also plans to make shared investments in decarbonization and clean energy.

The Indo-Pacific Strategy announced commitments to “work with allies and partners to develop 2030 and 2050 goals, strategies, plans and policies consistent with limiting the global temperature increase to 1, 5 degrees Celsius”.

Secretary Blinken said the United States is committed to reducing regional vulnerability to the impacts of climate change and environmental degradation.

On security issues, Blinken said the Pacific can expect power derived from US alliances in other parts of the world to come to the islands.

“The United States is increasingly speaking with one voice with our NATO allies and our G7 partners, when it comes to Indo-Pacific issues, you can see the strength of this commitment to Indo -Peaceful throughout the past year.”